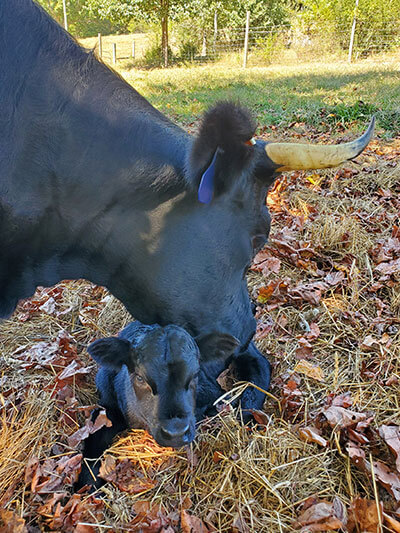 In April, 1921, The American Kerry and Dexter Cattle Club published Volume 1 of their herd book. Although both Kerry cattle and Dexter cattle are published in this book, the two types of cattle are separated into two separate breeds with different breed descriptions for each. This is the first record of Dexter cattle registrations in the United States. In 1957, the name American Kerry and Dexter Club was changed to the American Dexter Cattle Association. This began the formal recognition of the ADCA as a national association dedicated to the preservation of Dexter cattle and tasked with keeping a record of purebred Dexter cattle pedigrees.

At a special meeting on April 28, 1960, in Decorah, Iowa, John Logsdon, after serving as President for 20 years, stepped down; and Otto C. Jensen (Tak-Sca-Du-Hav Herd) was elected President of the American Dexter Cattle Association. During Otto's six years as President, the regular annual shows at the Hamburg, New York Fair were held. In addition, a special exhibition of Dexters, including an ox team that toured the fairgrounds, was held in September 1960, in Allentown, at the Pennsylvania State Fair. Annual meetings were held at Hamburg and Cooperstown, New York.

At the annual meeting in Albany, New York, on June 11, 1966, Palmer Langdon (New Jersey Herd) was elected President. During his term, a bred Dexter cow was kept on display at the Central Park Zoo, in New York City, and rotated after her calf reached six months of age.

In 1978, Doris Crowe (Cranworth Herd), Ross Stone (Lockwood Herd), Larratt and Paddy Higgins (Trillium Herd), and Eric Lawlor (Aldebaran Herd) joined together to purchase four Dexter heifers from Beryl Rutherford's Woodmagic Herd in England and imported these animals into Canada. In 1978, Doris Crowe and some of her associates traveled to Pennsylvania to attend the American Dexter Cattle Association annual meeting. While there, Mrs. Crowe purchased a Dexter bull, Highland Perseus, and imported him into Canada.

In 1979, Doris Crowe imported six more Dexter heifers and a bull from Beryl Rutherford's Woodmagic Herd and these became the foundation of her Cranworth Herd. Many dun colored Dexters trace back to these imports from the Woodmagic Herd. The Cranworth Herd was dispersed in 1989. Descendents of Cranworth bulls and cows are found in many pedigrees of our Dexters today.

Frank McCabe (Alander Herd), a prominent New York State banker, was elected President at the annual meeting in Albany on October 5, 1968. During his term, a large meeting was hosted in Cooperstown for all the county agricultural agents of upstate New York.

In 1977, with impetus from President Mark Davis, the American Dexter Cattle Association became a newly formed, non-profit Delaware corporation. Ten geographical regions were established, each represented by a member of the Board of Directors, elected for a term of three years by the members in good standing of the respective region.

ADCA Presidents after 1978 have beenV

National Dexter shows, in conjunction with an Annual General Meeting (AGM), have been held in these locations: