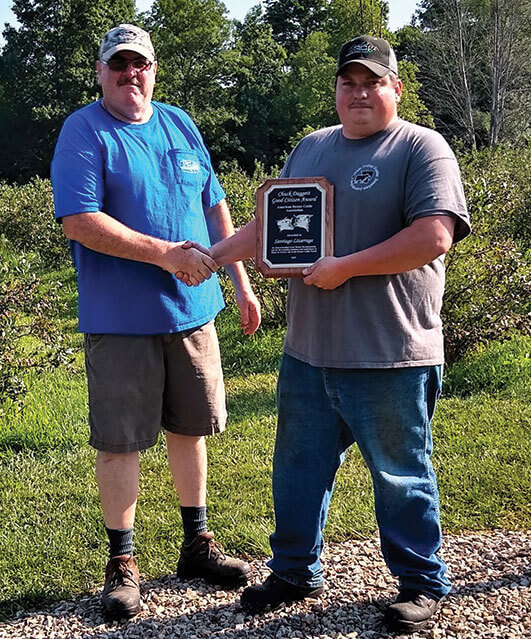 Congratulations to these ADCA members for earning the respect and admiration of their fellow Dexter owners!

The Chuck Daggett Good Citizen award is given in honor of Chuck Daggett, former ADCA Registrar and Webmaster. Chuck started the Daggett’s Dexters herd in 1997. He became an active member of the ADCA, serving as Regional Director for Region 13 in 2003. In 2004, when a sudden split occurred in the ADCA at the AGM in Pennsylvania, Chuck volunteered to take on the task of Registrar and Webmaster. Since the association was left without past records or pedigrees from the old registry, Chuck worked many hours to reconstitute our historic pedigrees and rebuild the ADCA registry into the most up to date, most accurate record of pure-bred Dexter Cattle in the nation. The hours he spent on the phone and writing emails to help Dexter owners with questions about registration, transfer, and stewardship of their herds were characteristic of his generosity to our community.

Chuck continued his work as Registrar and Webmaster until his passing in 2012. Chuck lived his life as a good citizen in his city, with his family, at his church, and especially in the Dexter cattle community. He was a true gentleman, always giving “above and beyond” to any who needed his help. He was a faithful educator to new Dexter owners, a true advocate for Dexter cattle, and a good, honest friend to all that knew him. His faithful service to the association during a pivotal period of our growth and his generous spirit toward all ADCA members will never be forgotten.

The Chuck Daggett Good Citizen Award is presented annually at the ADCA National Dexter Expo. This award recognizes an ADCA member that demonstrates exceptional herdsmanship in the care of their Dexters, treats both ADCA members and prospective members fairly and honestly, eagerly promotes the Dexter breed, is known for educating fellow Dexter owners, willingly aids Dexter owners in need of help, gladly helps prospective Dexter owners who want to learn more about the breed, and exemplifies a “Good Citizen” in society as well as in the Dexter community. The award includes a plaque, one-year free Dexter Farm Advertisement on the ADCA website, and recognition in the ADCA bulletin.